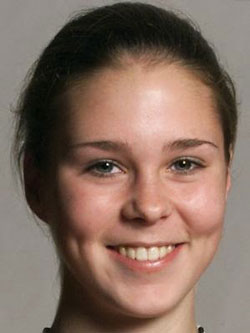 Audrey Simkins, the CBI intelligence analyst assigned to developing the cold case database, acknowledges that it was a daunting undertaking to collect the information at the outset. The biggest challenge was obtaining the information from all the local agencies across the state; she even resorted to personally researching some of the cases. Sasak went to a lot of law enforcement meetings to relay the importance of providing the information and reminding law enforcement agencies of their statutory duty to provide it. Initially created as a spreadsheet file, the inventory is now a fully searchable website.

The database is searchable by several criteria, including name, year, and judicial district. Simkins believes the database has promoted information sharing and a team approach amongst agencies. He feels connections between cases are easier to make at the local level and credits the ViCAP format with creating a need to share information.

Prabha Unnithan, a criminologist from Colorado State University, was appointed to assist the task force to simultaneously survey local law enforcement agencies about their needs and resources related to cold case investigation. The results of the law enforcement survey highlighted that the biggest need for agencies was more resources. The survey has since been repeated to assess the impact of the training programs and other recommendations made by the task force. The second survey revealed that things had improved: there was a greater consciousness of the issues surrounding unresolved homicides, a significant number of law enforcement personnel had taken the cold case training course, and more agencies were performing victim notifications.

First, he recommends having an independent party collect and analyze the data to alleviate the issue of politics. Second, he preaches patience.


It took almost a year to collect the data for the second survey, and several reminder emails and postcards had to be sent out before some agencies would respond. The task force formed a curriculum subcommittee to establish a statewide training program. After 10 meetings, the subcommittee produced a training program and manual that was adopted for statewide use beginning in Originally designed in a talking head video format, the program has evolved into a more traditional live-lecture format.

The program consists of a two-day course and is open to law enforcement, district attorneys, and victim advocates. The first part of the course covers the basics of homicide and cold case investigation, while the second part contains a practicum where participants examine an actual homicide case. Topics include homicide investigation, crime scene processing, interview and interrogation techniques, and issues concerning co-victims.

Priest has several suggestions for states looking to implement a similar training regimen. First, the course designers should develop standard protocols for cold case investigation by examining those in place at the agencies that have achieved the most success in solving cold cases. Second, he believes that it is imperative to choose trainers who are interested and invested in making the process work.

Selecting trainers who really know the material and are experts in cold case investigation is another important consideration. Third, since the curriculum is constantly being updated, the presentation team also needs to have consistency. One way to alleviate this issue is to offer both a basic and more advanced course, although Priest believes that attending a refresher course can be good for even experienced investigators.

A request for assistance from the originating local agency is required before CBI can become involved in the investigation.

In addition, CBI receives no dedicated funding for cold case investigation from the state, other than for the one analyst previously mentioned. To combat these issues, public safety officials began discussing what could be done to assist cold case investigations across the state within those parameters. The idea for a cold case review team, modeled after the Vidoq Society, was then hatched by senior officials. The review team began meeting in and continues to meet quarterly, reviewing 1—2 cases per meeting. Comprised of 27 volunteer members ranging from state investigators and laboratory personnel to forensic pathologists, the team reviews the presentation of the cold case by the investigating agency.

Team members answer questions that the agency might have about the evidence or case investigation and make suggestions for additional steps that might be taken to generate new leads or shore up loose ends. In order to facilitate an efficient discussion of the case during the review team meetings, the CBI developed a lengthy application process that requires the submitting agency to take several steps before a case can be heard.

Agencies must answer numerous questions about the investigation, including the types of evidence collected and its availability; information about the victim, suspect, and weapon used; and whether ViCAP entries have been made. If selected, the agency must prepare a PowerPoint presentation of the case investigation and scene photographs.

Sloan admits that agencies raised a few concerns about the review team at the outset.

Initially, some agencies felt their investigations might be compromised by sharing information with so many individuals. Another concern that had to be overcome was that some investigators were reluctant to submit their cases for fear their investigations would be picked apart. One of the keys to achieving a successful outcome is having skilled professionals serve on the team, including both prosecutors and investigators. Although Sloan admits that it has been a challenge to get all 27 people to each meeting, attendance usually reaches 75—80 percent.

He also recognizes that re-staffing the team as members are promoted or change careers is another hurdle that must be overcome. Despite these challenges, Sloan feels the review team has been very productive since it has helped reinvigorate or create new investigate leads in many cases.

Prosecutors play an important role in the ultimate success or failure of cold case investigations, since they decide whether the case gets charged and proceeds to trial. In comparison to the probable cause standard for arresting a suspect, prosecutors have a higher burden of proof to overcome at trial; they also have an ethical obligation to ensure that they have a reasonable likelihood of conviction before charging a case.

Consequently, they walk a fine line between upholding that ethical obligation and appearing to dodge tough cases when they decide not to prosecute a cold case. Taylor, Jr. Stevens - Forensic Services Dr. Welcome to. The Cold Case Foundation is devoted to raising public awareness and creating partnerships to assist and provide law enforcement whatever resources are needed to bring about closure. This mound of unsolved Cold Case murders has a compounding financial and workload effect on police departments and the respective personnel assigned to work them.

It is not for lack of interest that cases turn cold and are sometimes seemingly forgotten; they are never forgotten by the victims, their families, or by the investigators who have worked them. Dean L.

Jackson has more than 30 years of experience working in both the non-profit world and Law Enforcement. He has an extensive list of credentials and thousands of hours of experience in Critical Incident Stress Management and Death Notification. Unfortunately, the problem only compounds over time, while departments also have to address new violent crimes occurring daily. The Los Angeles Police Department had more than 11, unsolved murders committed between and This is especially true of homicides and rapes.

While investigators are just trying to keep up with their normal workload involving less serious offenses, their time and departmental resources are understandably realigned once a murder or rape is reported. The work continues to mount and if another rape or murder occurs then eventually department and even city-wide resources have to be re-allocated and re-prioritized according to the highest degree of solvability. 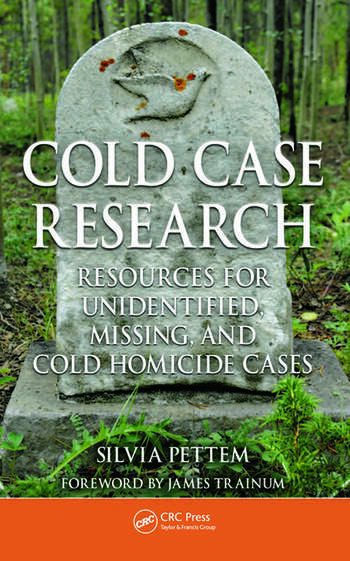 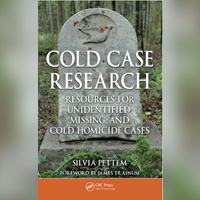